A PLACE JOINING MODERN INNOVATIONS AND TRADITIONS IN THE HEART OF VILNIUS CITY.

At the beginning of the 20th century, the splendid palace in the Saint George Avenue(currently Gediminas Avenue) near Lukiškės Square, which at that time started to gainmore and more importance and eventually became the most important city square, was built in 1913 by a contemporary public organisation the General Meeting of Trade andIndustry or the so-called Merchants’ Club, which at that time included the richest and publicly known residents of Vilnius City.

The members of the organization cherished business traditions, quality and refinement, and sought to represent the interests of the country’s businessmen. The Community’s goal was to unite traders, companies and rich cosmopolitan residents of Vilnius.

The community organized events related to the business interests, took care of the protection of business and industry interests, the raw materials market, and export policy. They gained their experience from solid foreign clubs and were interested in the principles of their activities. Entrepreneurs acted in the same way as similar but long-time organizations in the major cities of Western Europe, in Moscow and St. Petersburg.

The Merchants’ Club is a modern business centre, though preserving traditions that go back centuries. 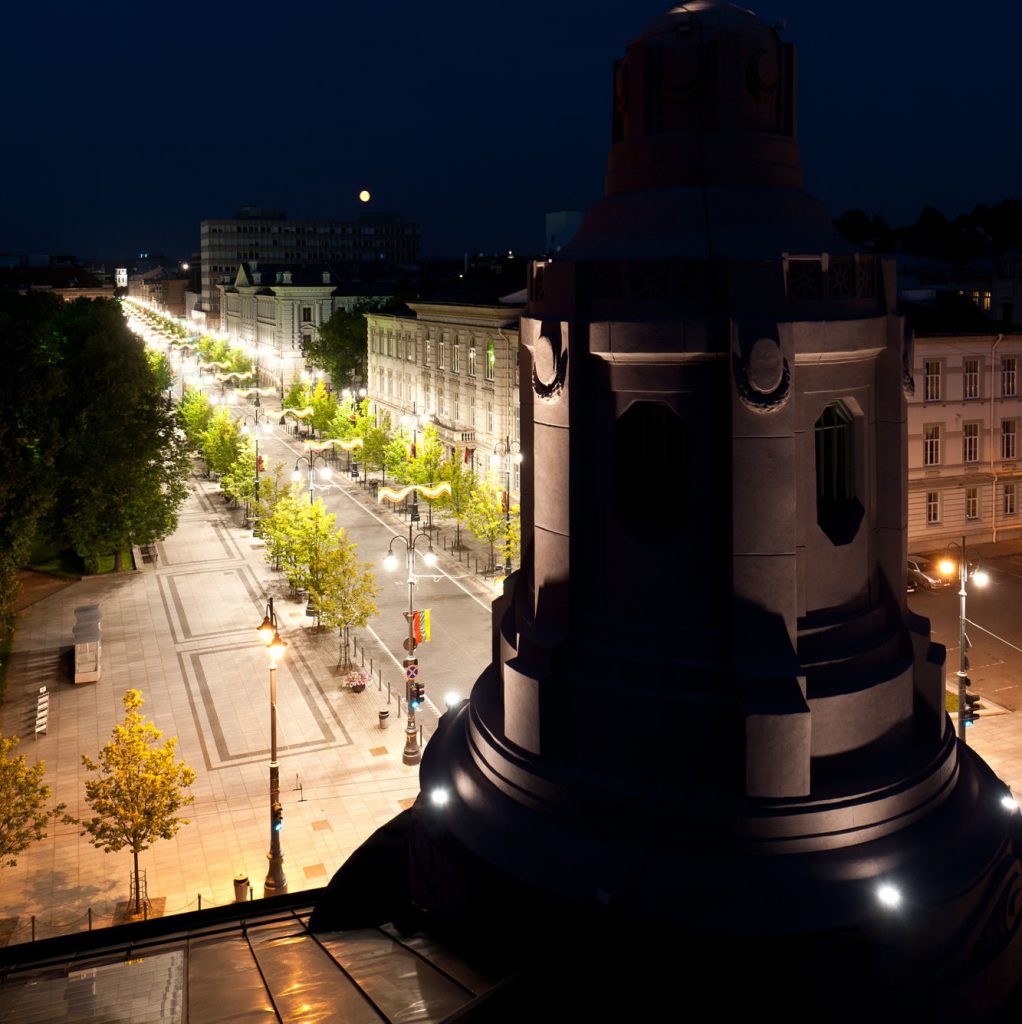 MERCHANTS’ CLUB – a place combining moderninnovations and traditions in the heart of Vilnius City. 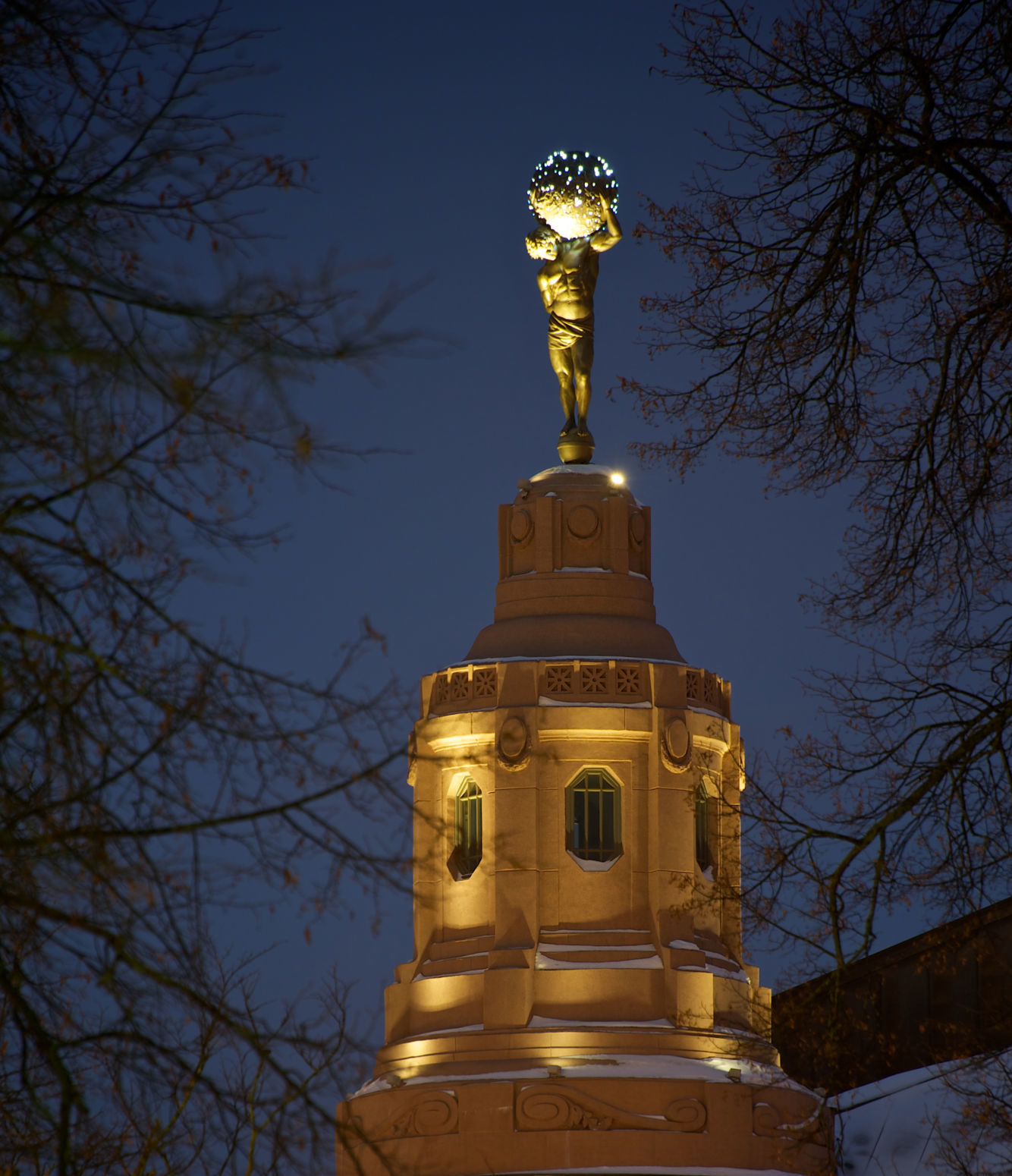 In 1913, the façade and exterior elements of the three-story building of the MERCHANTS’ CLUB designed by Mihail Prozorov were decorated with red artificial sandstone coating of the “Empire” style.

At that time such décor in Vilnius was extremely rare and it was used only for individual fragments of the building, so the new building has distinguished itself for its luxury and originality. The elegant interior and exterior décor of the building expressed the harmony of progress, cultural innovations, and stability. At the entrance to the building, there was a ornate painted staircase with luxurious mirrors. The walls of the spacious representational all were decorated with plafond and bas-reliefs, and the ceiling was adorned with the symbols of trade, eloquence, commerce, and the God of profit – Mercury.

The building was equipped with a central heating system which was extremely rare in Vilnius at that time, there was electric lighting and telephone line, so the building was luxurious not only visually but also functionally.

The exceptional architectural accent of the MERCHANTS’ CLUB was impressively huge sculpture placed on a baroque silhouette turret, depicting Atlas holding up celestial heavens. In Greek mythology, Atlas was the holder of the firmament and the guardian of the Garden of the Hesperides, where the magic apple tree with the apples giving eternal youth grew. Such sculptures were especially fashionable in the décor of the buildings of St.Petersburg of that time, so Mihail Prozorov, who completed his studies there, apparently relied on the experience of the architects of this city. The three-meter sculpture of Atlas, restored by the architect Kęstutis Balčiūnas, decorates the current MERCHANTS’ CLUB as well. A new modern part of the business center, created by the architect AlfredasTrimonis, is connected to the historic part of the business center the Merchants’ Club.